James Gardiner  ​|  ALL IN WITH LOVE: my journey to the hero within

SUPPORT THE AUTHOR DIRECTLY
If you wish to support the author best, please consider ordering the paperback, hardcover, or ebook (.epub and .pdf) directly from FriesenPress.​
FriesenPress Bookstore 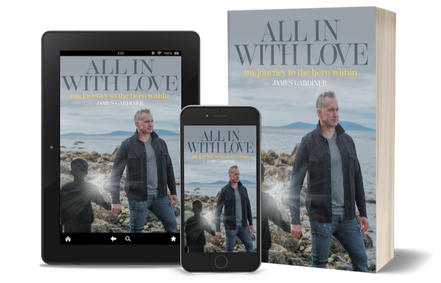 Available at over 50,000 Booksellers Worldwide and In Store at Barnes & Noble, Chapters, and Indigo 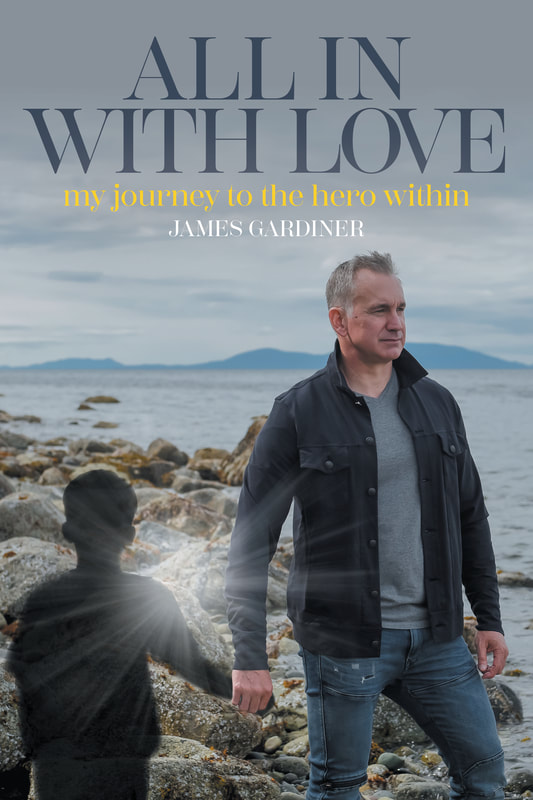 Imagine stepping into the spotlight of New York and Hollywood, a lifestyle where stardom, celebrity life, and a Chippendale bow tie were the everyday norm? Fame was the dream of an innocent young boy that played out in the heart of a man who in turn lost sight of the boy within. This is their story.

Born with severe asthma and enormous dreams, James Gardiner began his life in conflict with himself. Little Jimmy wanted to reach for the stars like his science-fiction icons and become a sports superstar like the paper heroes that adorned the walls of his childhood bedroom. But as a frequent visitor to the local hospital, viewing the world through the plastic walls of an oxygen tent, such dreams seemed like they would always be firmly out of reach. However it was there on the pediatric wing that he began to entertain audiences with his stories and charm, growing to like the attention. In fact, to crave it. He wanted to “be somebody,” and for the first time, his dreams didn’t seem quite so out of reach.

As he got older, and his asthma became more manageable, he began forging his path of destiny. First, through the sport of rowing where the fragile young man dared to challenge his asthma and strive for the Olympic podium. Then, it was his lust to be a movie star that thrust him into New York City and Los Angeles to world of fashion, celebrity, and even murder. But it was his one unanswerable question that repeatedly seemed to leave his life in shambles. “Can his fantasy life be his reality” became the albatross that hung over the man… and the boy.

Somewhere along the way, he had lost touch with that childlike part of himself that looked at the world each day with joy and wonder. Looking back he had gone “all in” on his quest to be somebody, but now as a middle aged man left with nothing and no one, it was time to reconnect with little Jimmy and go all in on himself . . . to go all in with love.
​
Within their story of reconnection lies the gateway to reclaim your inner child and live your best, most authentic life.

"I fell in love with James Gardiner's utterly beautiful and alluringly poetic memoir from the very beginning, and to my surprise, it got better with every page. As someone who realized that the cost of being a celebrity musician was too great after testing the waters, I identified deeply with James's initial strong desire for fame and his subsequent sense of appreciation for the simple things. Every story in All In With Love is adorned with a most engrossing discussion about the key themes, which adds to the wonderful experience of the book. Gardiner spins a courageously sincere and deeply moving story that anyone who knows what it's like to experience having a burning desire, fatherhood, infidelity, depression, and divorce will relate to it. It's an unforgettable story about finding one's way from the darkest parts of the tunnel and discovering the true power of love and family."